How to make vehicles safe 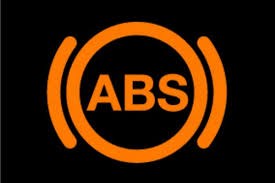 The most unsafe part of a vehicle is the nut behind the wheel. And yes, I do mean the driver.

The modern vehicle is packed with safety features including the airbag, ABS and crumple zones to name just a few.

But the problem with making vehicles safer is drivers become more complacent about safe driving.

Just imagine if manufacturers replaced the airbag with a spike in the centre of the steering wheel, how much safer would our roads be? Drivers wouldn’t drive at inappropriate speeds, follow other vehicles so closely and would concentrate more on driving. Don’t worry I don’t think spikes will be used anytime soon, but if we want to reduce the number of lives lost, or changed forever, due to injuries sustained every year in road traffic collisions then we need to do something about that nut behind the steering wheel.

So, how do we reduce accidents? The three E’s is the answer, Enforcement (police, fines etc), Engineering (vehicle and road design) and Education.

Education is the one that gets forgotten, especially when times are tough. But driver education is important and should be regular. Let me give you an example.

Most of us will remember the drink drive adverts at Christmas and during the summer. They used to be very visible on billboards and on television because they resulted in a reduction in drink driving.

But then came the government cutbacks and the adverts disappeared. And guess what, the number of drink drivers went back up.